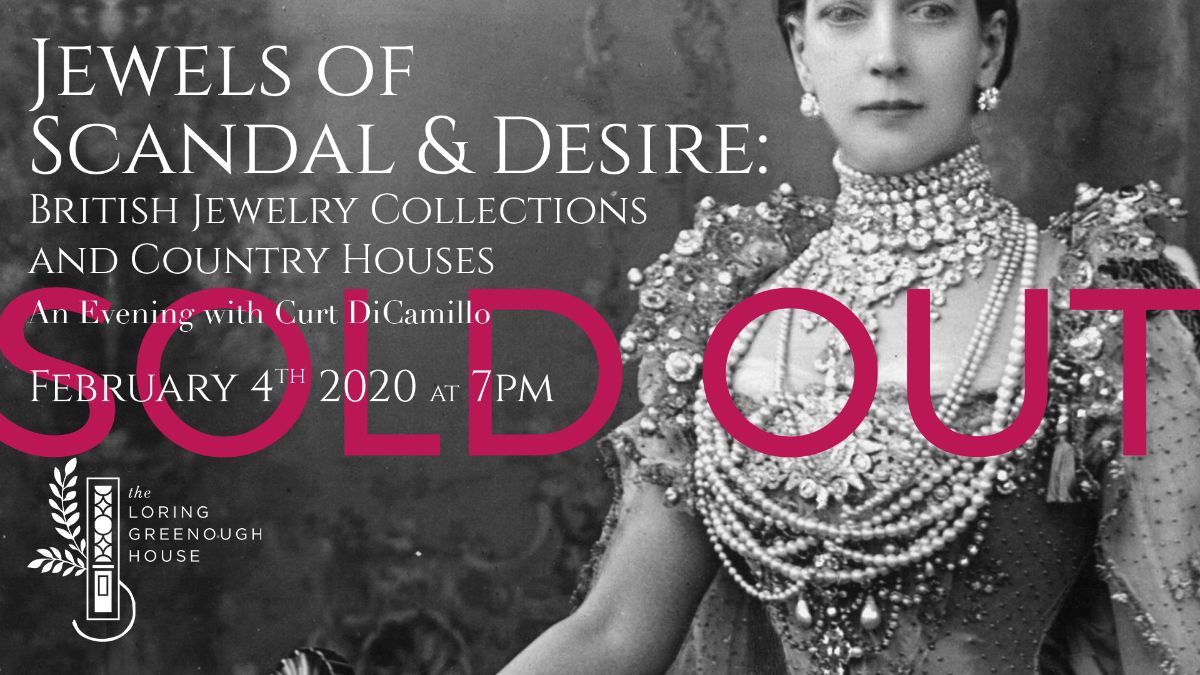 Jewels of Scandal & Desire: British Jewelry Collections and Country Houses
Shimmering, captivating, and corrupting. Great jewels have dazzled people for millennia, their beauty and value producing respect, deception, love, and betrayal. Whether an enormous diamond, a jewel-encrusted heraldic pin, or an Order of the Garter Star, the language of jewels subtly, and sometimes ostentatiously, conveys a statement of power, position, and wealth.
In this fascinating talk, Curt will explore how the 18th and 19th century British ruling classes, modeling themselves on the ancient Roman Empire, used jewelry to reinforce their positions in society and awe their peers. The aristocratic families that owned these jewels, such as the Marquess of Londonderry, were at the pinnacle of British society. They hosted glittering soirées at their expansive country houses and grand London homes, where their jewels were shown off to great effect. British royals collected jewels for both state and private use; notable collectors included Queen Mary and Princess Margaret, who amassed collections of extraordinary tiaras, necklaces, and brooches. Curt will regale us with the tales behind these noble families, their houses, and their jewels, all weaving together to create a glittering web of power and position.
Following the fascinating talk, enjoy delicious desserts and wine in the elegant Dining Room.
Curt served as Executive Director of The National Trust for Scotland Foundation USA and is currently Curator of Special Collections at the New England Historic Genealogical Society. He has been presented to Queen Elizabeth, the Queen Mother and the Prince of Wales, and is the author of Villa Astor: Paradise Restored on the Amalfi Coast.
PLEASE NOTE: Space in our parlor is VERY limited and Curt’s talks sell out!

All proceeds go to the preservation of the Loring Greenough House and Grounds.
+ Google Calendar+ iCal Export