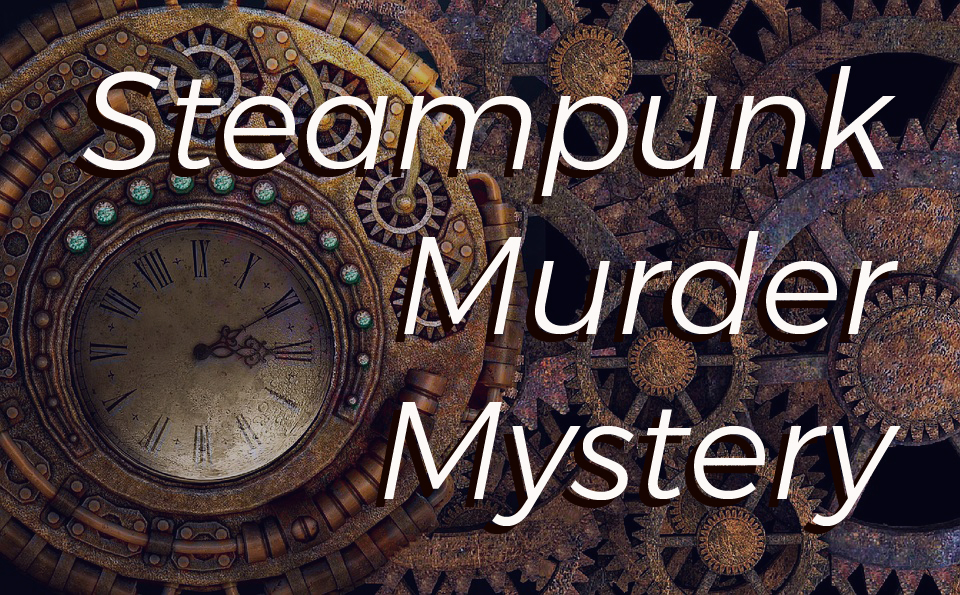 The year is 1899. George Sweet, 5th Earl of Coddingham has made his fortune from the Steam Revolution…but at the cost of his friends, family, and neighbors. Eager to stay out of the reaches of the law, George plans to flee from the realm of Her Majesty, Queen Victoria. Before his departure — in a pang of guilt — he decides to throw one last lavish party for all of his financial victims to enjoy. However, the Earl’s plans for revelry go awry at his Steampunk Ball when the police show up to arrest someone for murder. Who is their prime suspect? The Earl of Coddingham himself!
Put on your best steampunk outfit and join us at Lord Coddingham’s Estate, the Loring Greenough House, for a night of intrigue, speculation, steam, and murder! Unravel all the mysteries while enjoying a catered buffet dinner, beverages, and server-passed hors d’oeuvres.
RSVP fast — only 35 spots are available for the Earl’s Steampunk Ball guests!

TICKETS AVAILABLE ONLINE NOW!
Proceeds from this event will benefit the programs and preservation of the historic Loring Greenough House.

Want to take advantage of members pricing for this and all future events? JOIN the Loring Greenough House today!