Tuesday in the Parlor Film Night: The Race Underground 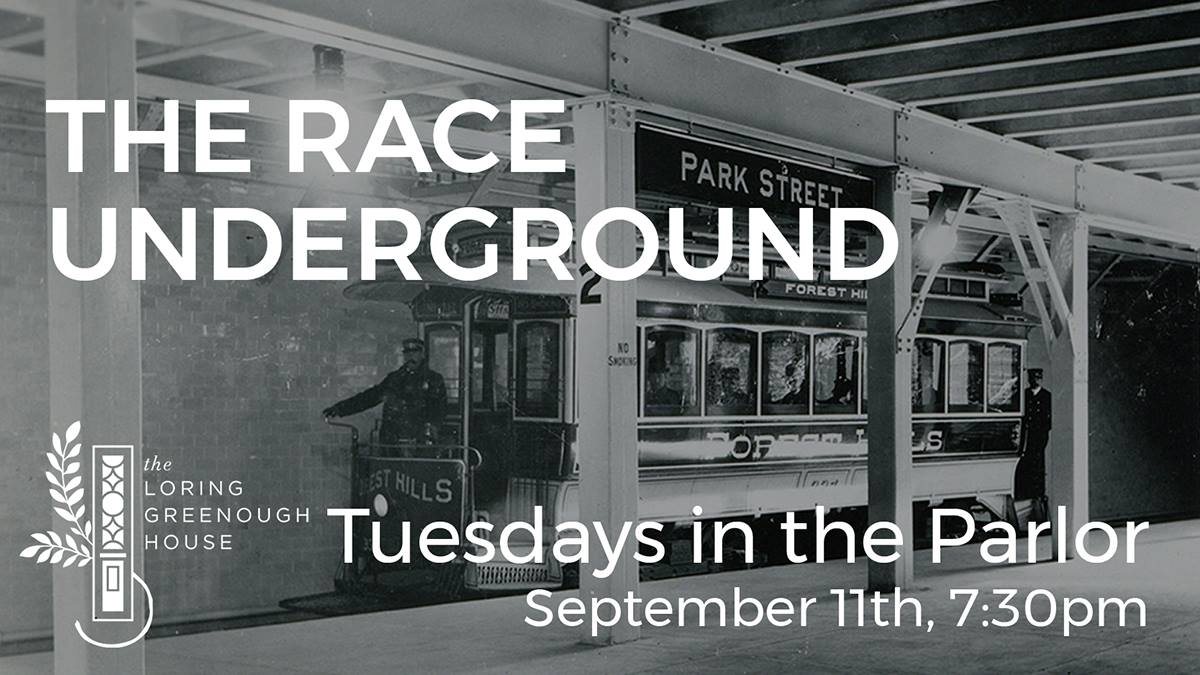 Join us at the Loring-Greenough House for Tuesday in the Parlor, our homage to the early days of the Jamaica Plain Tuesday Club, and their monthly events.
This month, we’re hosting a September Cinema Series! Transport yourself into a different era and a different time, watching films on transportation itself!
Tuesday, Sept. 11th, 7:30pm: “The Race Underground”
The first of our two-part series, “The Race Underground” chronicles an increasingly populated Boston in the 19th century and its growing need for more reliable, safer, and faster transportation systems than nostalgic horse and trolleys. Boston was a bustling city, competing with New York and Philadelphia to get their streetcars underground and moving. See how they did it, who conceived it, and why it was almost stopped in its tracks.
Length: 53 minutes
FREE ADMISSION, donations always welcome. Popcorn and beverages will be served.
SPACE IS LIMITED, RESERVE YOUR SEAT ONLINE NOW.
+ Google Calendar+ iCal Export