Tuesdays in the Parlor: Creating Mrs. Loring with Quentin Decker 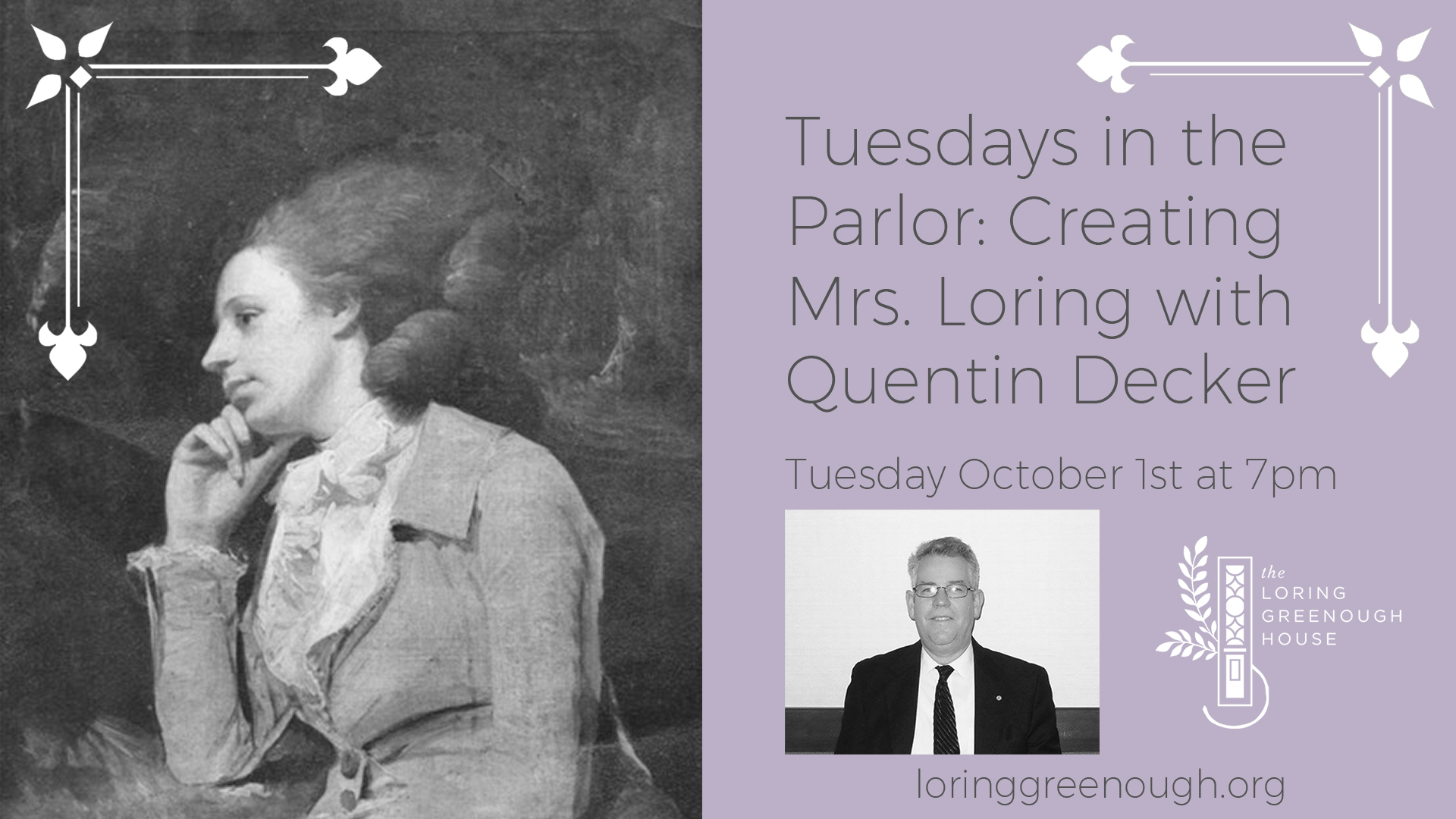 Ever wanted to learn about the illustrious past of some of the Loring-Greenough House’s most famous inhabitants? Now is your chance! Join novelist Quentin Decker as he discusses his research, crafting, and writing of Mrs. Elizabeth Lloyd Loring, purported mistress to British General William Howe during the American Revolution. Blamed by contemporaries for distracting the General and losing Boston, Elizabeth Lloyd Loring is at the core of Decker’s novella-to-be-turned novel.

$5 for non-members, free for members. Light reception to follow. A native of California, Quentin Decker has been interested in history from an early age. He received a B.A. in film history from Brigham Young University. After working for 12 years in the Tulare Joint Union High School District, he continued his education, earning an M.A. in English and creative writing from Fresno Pacific University. His thesis was entitled The Confession of Mrs. Loring: A Novella. He is currently working on expanding the story into a full-length novel. He has been married to the former Beverly Moffett for eight years.